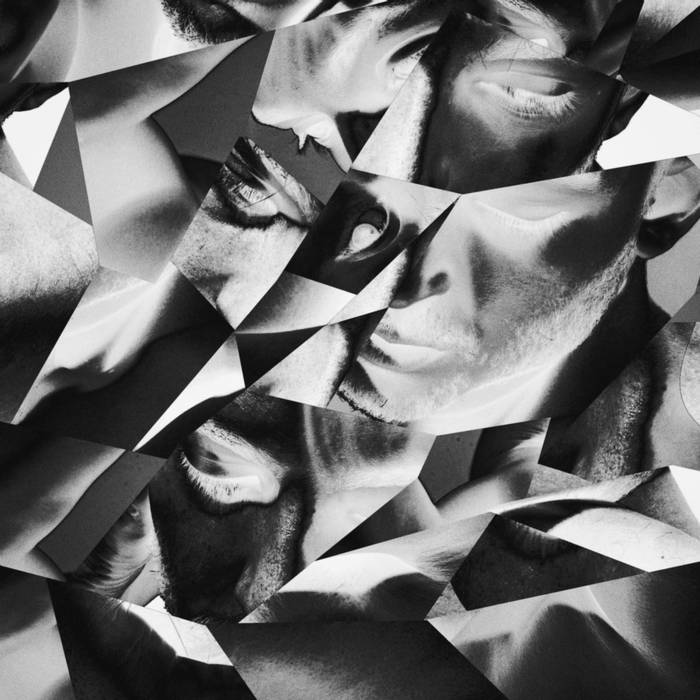 Approaching the creative process as a vehicle for self-actualization, shapeshifting artist/producer Rioux (pronounced ree-yoo) offers his full-length solo debut of electronic noir, 'Fragmenta.' With previous work ranging from collaborations with Arto Lindsay and astrophysicist Stephon Alexander, to avant-dancefloor singles and visual art at the Venice Biennial, Rioux escapes easy categorization. On 'Fragmenta,' he plays alchemist, transmuting the self into new form, reconciling its disparate pieces and rediscovering the whole. The meta-portrait reveals the 26-year-old New Yorker deconstructing his inner-web and weaving it back together. Hallucinatory streams of consciousness give way to clearings of radiance as Rioux machetes his way through fear.

'Fragmenta' opens eerily in cinematic fashion with a screeching bowed string gently emerging from the crackling of fire. “Aphasia” builds into a booming downtempo horror, which ascends into white noise before an abrupt leap into silence. “At the Moment…” rises ablaze from the ashes: an unfurling mesh of mutated harps cascade over a pitched-up voice repeating the title like a warped mantra, as though to demonstrate the evasiveness of the present. Rioux’s lead vocal beams through the fog, setting the stage for the syncopated stutter-step beat that drives the track with infectious propulsion.

Like tectonic plates, Rioux collides opposing forces to maximize contrast and impact. “Unfamiliar Cloud” combines a delicate piano cycle with whiplash rhythms, pulling one between gentleness and aggression. His intimate, bare, vocal holds our attention in the middle, exposing isolated vulnerability. Rioux’s sound design beckons into the otherworldly. Portals into his innerfabric are opened through textures amassed from guitar loops, repitched, reversed, and played with the soft attack of a bowed instrument. Rioux similarly transfigures his own voice, performing and splicing individual breaths, syllables and sustained tones to build virtual instruments from incorporeal vocals, evoking a singing computer.

Confronting fear is a recurring theme in 'Fragmenta’s' lyrics. “Suddenly I know the way that I must take is not around but through,” Rioux resolves on “Signal.” “Rites of Passage” finds Rioux harnessing strength through acknowledgement: “in truth a curiosity that divides me… No one said that this was supposed to be easy. Project my vulnerability onto the wall so you can see no fear of showing what’s beneath, subject to the center, subject to my desire.” “Spectral Chop” evokes the intermediary state between life and death in surrealist form: “Surrender your time in this skin, rearranging your desires. A series of glances from within, guiding me to the other, severing the untrue.”

Merging pop and avant-garde sensibilities in dance, ambient, and song forms, 'Fragmenta' is a meditation on the polarities of existence: light/dark, separate/one, simple/complex. With his debut solo album, Rioux is resolute in creating a virtuous state of mind through his music. While 'Fragmenta' may be a work of introspection, in acting as a witness to the self, Rioux encourages us to do the same, projecting a mirror for his listeners and a record of the human experience.

Erin Rioux (pronounced ‘ree-yoo’) is an American producer, multimedia artist, and co-founder of the New York label and event series Human Pitch. His work under his last name explores the human experience through a mashup of opposing forces––nature/technology, light/dark, minimal/maximal, masculine/feminine––in a surrealist form.

Bandcamp Daily  your guide to the world of Bandcamp